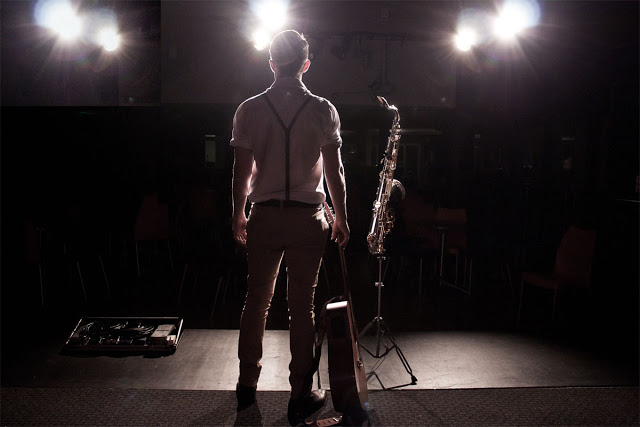 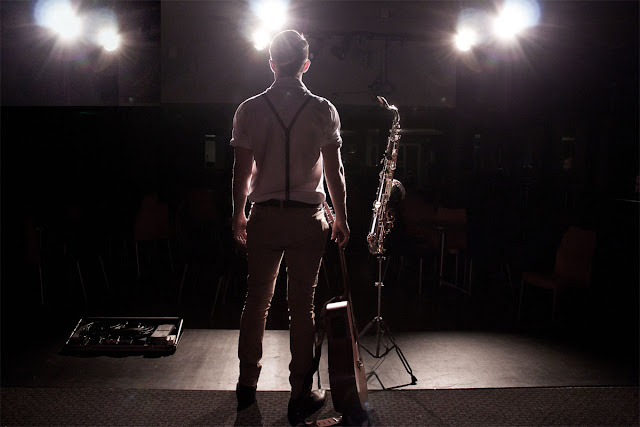 Grant Carruthers is a jack of all musical trades, but unlike most, he seems to be the master of all of them. As well as writing and producing all of his own music, he can play guitar, bass guitar and double bass, cello, saxophone and piano/keyboards among others. We were lucky enough to catch up with Grant to talk about his previous shows, upcoming projects… and some unfathomably spicy chilli.

What is the name of your act?

Can you tell us a bit about how you met?

I met myself the very first time I looked in the mirror… I’d say, about 4-5 months old, but who really knows? I play solo as a one man band, with guitar, loops, saxophone, vocals and occasionally keys..

For those unfortunate souls that haven’t had the chance to listen to you yet, how would you describe your music?

If you were offered a slot on the mainstage at Glastonbury but you could only play if you all swapped instruments, would you do it?

well since I play all of them, I’d hope so! – I’ve really been inspired by Ed Sheeran’s ability to hold a huge crowd by himself, and I’ve been working hard on my stage craft to get to the point where I can do just that!

Can you talk us through your songwriting process?
I generally start with a musical idea, then mess around with vowel sounds on a melody till I figure out what I’m writing about! The initial process usually takes a few hours, but I wont be happy with the result till I’ve played it live a dozen times (at least)

What are your biggest musical influences?

well, Ed Sheeran and John Mayer would have to be the main influences, with a good helping of Reel Big Fish’s knack for catchy hooks and some musicality from Aussie band, Thirsty Merc…


Can you tells us your top 3 favourite albums ever?

What would you say is the best show you have played so far?

Hard call to make… I’ve played a lot of really cool shows recently. Last year I was playing on cruise ships and once a week I’d play up on the pool deck to 1500+ all dancing a singing along.. but I love the smaller shows too. Since moving to London 4 months ago I’ve probably enjoyed the few shows I’ve played at Rolling Stock in Shoreditch the most…

Can you talk us through your funniest ‘On Tour’ story?

Well… I was on tour around Australia and we had a night off, so the tour manager decided to shout everyone dinner…. He had a thing for hot chilli’s and somehow managed to get a ghost chilli on the table… we all tried some and were hit pretty hard by the heat which sobered us up a lot. Later on that night when we were quite drunk one of the other guys on tour decided he needed to sober up and took a big bit out of the chilli… he spent the rest of the night going from both ends and was feeling pretty sorry for himself the next night when we went on stage…

If you could choose one musician dead or alive, famous or not famous to join the band, who would it be?

I would have loved to have been one of the huge pioneers of popular music history, so let’s go right back and say Bill Haley or Chuck Berry, the guys who really started it all!

Do you have anything exciting coming up that we should be looking out for?

Actually being in London! it’s been a huge and exciting move to come over from Australia and I’m finally starting to get some good shows and build my fan base here… Also hoping to hit the studios later this year to put down my second E.P. It’s half written and there will be a bunch of snippets going up on YouTube and Instagram over the coming months to give an idea of what you are in for!